Receive updates about our latest products in your inbox

Register For Our Next Webinar

For over 40 years, Biotics Research Corporation has revolutionized the nutritional supplement industry by utilizing “The Best of Science and Nature”. Combining nature’s principles with scientific ingenuity, our products magnify the nutritional 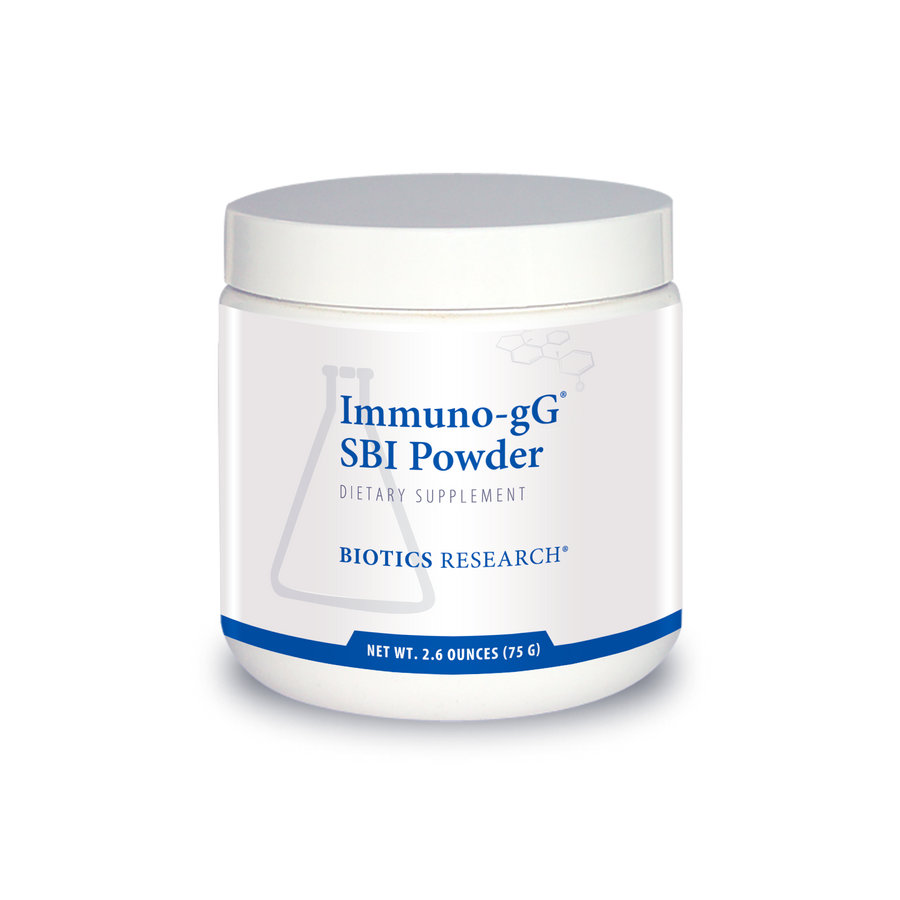 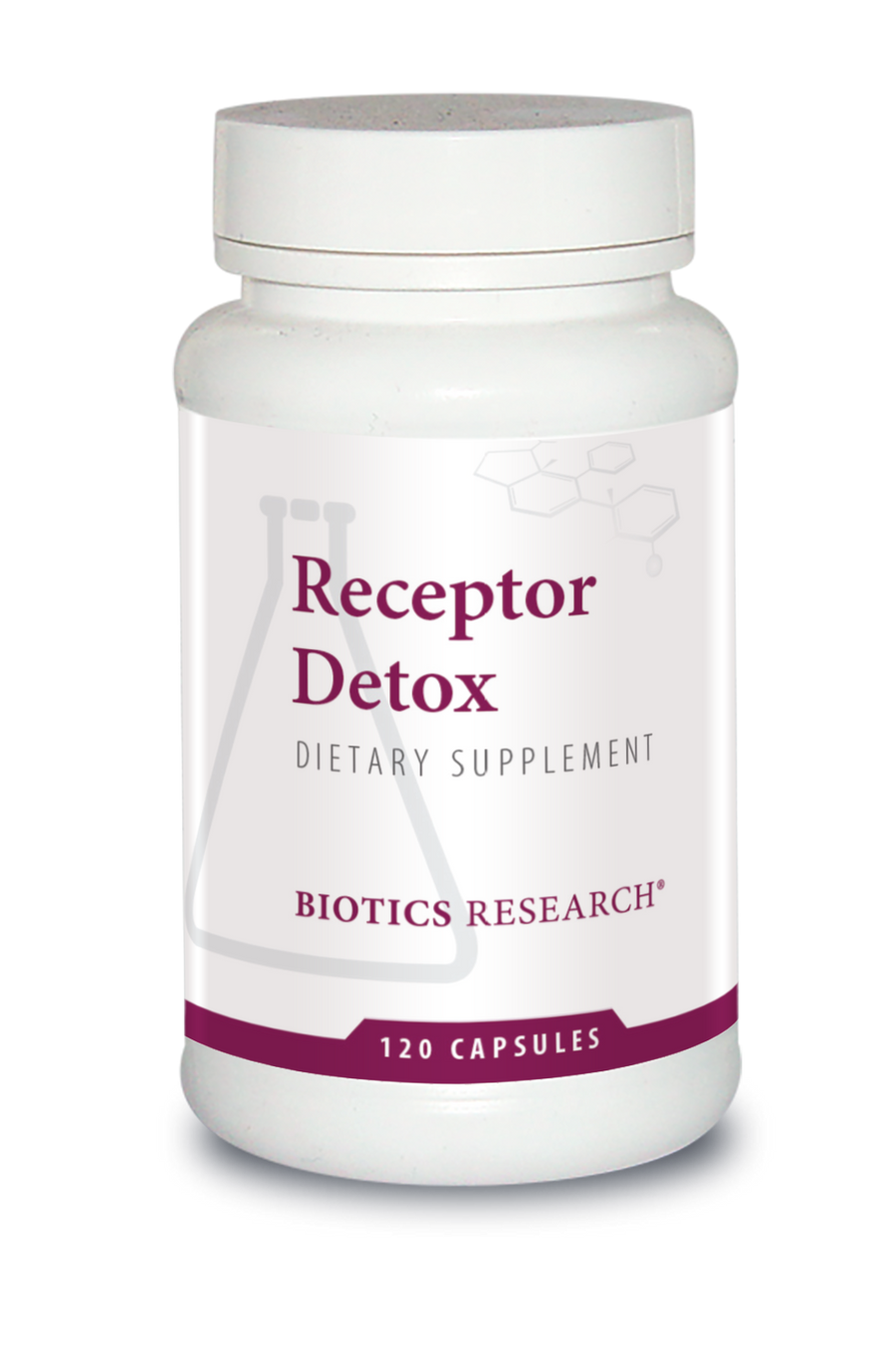 This inclusive membership contains all of the the tools you need to grow your business, including WholeLifeRx™, Nimativ®, WholeLifeQ™, eStoreRx™ and Practice Success Programs.

Easy direct-to-patient ordering & fulfilment for Lifelong Wellness, eStoreRx™ is offered as part of the WholePractice membership or as a stand-alone program.

A Company Built On Integrity

Biotics Research has been a leader in the nutrition industry for over 40 years. Known for top-quality supplements and enhanced product delivery systems, the company drives advancement by focusing on research initiatives, unique product formulations and unprecedented quality control. A family-owned company with a rich history, Biotics Research is most proud of their valued partnerships with healthcare professionals. 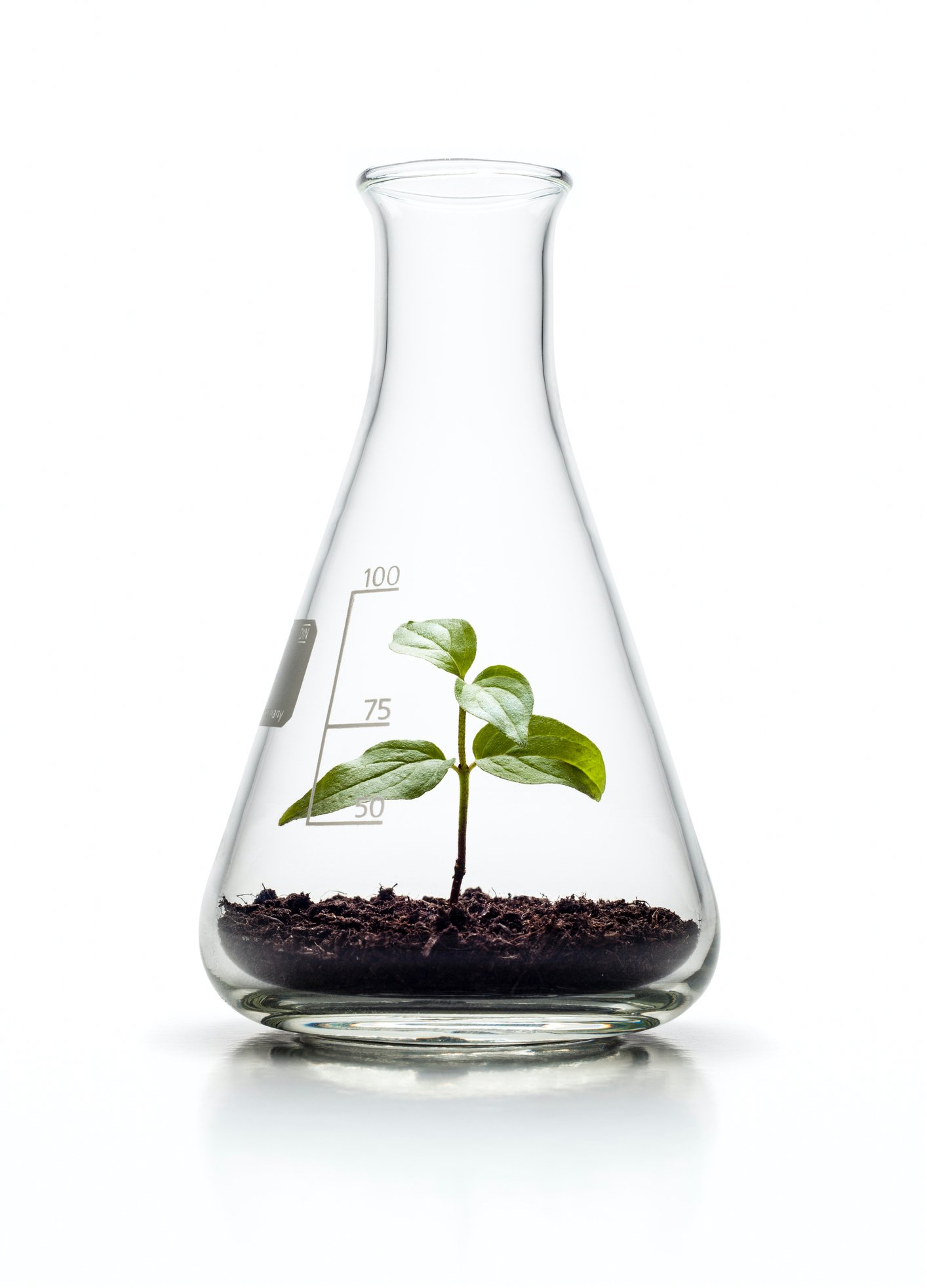 Our story actually began in the late 1950s when Frank DeLuca set out to help a family member who had been diagnosed with a terminal illness. Frank began looking for scientific answers in nature to help keep his nephew alive long after medical expectations. It was that illness that inspired his search for medical answers in nature. Bringing several family members together to passionately strive to find holistic remedies, a flagship company in the nutritional supplements industry began.

First Company to Manufacture and Market CoQ10 in the United States

In 1979, few people knew about the fat-soluble substance called Coenzyme Q10 (CoQ10). Through research networks, Biotics Research became interested in CoQ10 as a nutrient. Renowned biochemist Karl August Folkers had identified the chemical structure and began finding links between CoQ10 and heart health. Familiar with growing tissue culture because of the company’s origins in laboratory research, Biotics Research scientists began their extraction of CoQ10 from bovine heart muscle. Later, Biotics Research would become the first company to recognize how CoQ10 is best absorbed by the body and developed their proprietary emulsification process.

Because of Biotics Research Corporation, CoQ10 became available as a dietary supplement in the US markets.

Complaints of birth defects in the late 1970s spurred the EPA to commission Biogenics, a mobile genetics toxicology lab (primarily owned by Biotics Research) to conduct genetic testing. In 1980, reports of the Love Canal study were published in national magazines highlighting the link between noxious waste and increased genetic risk.

After being commissioned to perform a risk assessment at Love Canal, Biogenics found 11 of the 36 subjects studied to have damaged chromosones, which led to an emergency order signed by President Carter and the relocation of residents.

With a catalogue of over 300 nutrition products, men’s health is just one of the many categories of nutritional support Biotics Research offers.

One of the first companies to bring an emulsified form of vitamin D to the market, Biotics Research pursued validation of their invention through research at Boston Children’s Hospital. The objective of the study, published in The Journal of Clinical Endocrinology & Metabolism, was to compare the safety and efficacy of vitamin D3 in raising serum 25-hydroxyvitamin D[25(OH)D] in infants and toddlers. In this clinical study, levels of 25(OH)D increased from 13.7 ng/ml to 41.2 ng/ml (202%) in a 6-week time period with 50 mcg (2000IU) of the emulsified vitamin D.

This study with Boston Children’s Hospital is one of many research partnerships Biotics Research is proud to have made over the past 44 years.

Formula Patented for Control of Acid Reflux with Botanicals

In 2007, Biotics Research received Patent #9629887 for HCl-Ease®, a formula for the “control of acid reflux with botanicals".

BioCardioSirt BP® is verified as the first and only patented dietary supplement proven to treat high blood pressure. Biotics Research has a long history of developing products in partnerships with clinicians. For cardiovascular support, every product was developed in concert with Mark Houston, MD, ABAAM, Associate Clinical Professor of Medicine, Vanderbilt University School of Medicine and Direction of the Hypertension Institute, including BioCardioSirt BP®.

BioCardioSirt BP® has been awarded 2 US patents for lowering blood pressure.

A family-owned company for over four decades, Biotics Research understands that cutting corners of any kind undermines the trust you need when buying nutritional supplements. In an industry often compared to the Wild West, we continue to raise the quality standards such as acquiring sustainably-sourced raw materials, testing ingredients for pollutants such as solvents (even when not required to do so), establishing expiration dates for over 300 unique formulas, getting additional 3rd party testing of finished products, and so much more.

With Biotics Research, you can be assured of the purest, most efficacious nutritional formulas on the market.

When glancing back at history, a few key players stood at the helm of nutritional science, guiding the direction of the supplement industry. Biotics Research is one such key player, not only designing effective nutritional formulas, but advancing nutritional science through its partnered research, development of emulsification delivery systems, invention of plant matrix minerals and the creation of a tableting base to provide a solution to non-nutritive fillers found in most supplements. Biotics Research is proud to have written some early chapters of nutrition history, while continuing to advance science.

Not just a part of our company name, research is the thread of our corporate fabric. From studies with clinicians using select patient populations to partnerships with institutions such as Boston Children’s Hospital, we understand the importance of clinical results when recommending nutritional products to your patients.

When sourcing raw materials, not only is purity important, but also its impact on the environment. We choose to source raw materials from suppliers who are dedicated to transparency and sustainability. That way, the ingredients in your nutritional formulas are not only pure and efficacious, the safety of the environment is also upheld.

Not Just Another Supplement Company

Yes, Biotics Research operates a state-of-the-art manufacturing facility producing over 300 skus of professional-grade nutritional supplements. However, this family-owned company distinguishes itself with the highest quality of testing in the industry. While other companies meet quality standards, Biotics Research far surpasses them.

Coenzyme Q10 (CoQ10), a natural antioxidant synthesized in the body and known to enhance energy, has also received accolades for supporting oral healt...

An interesting analysis of nutrition and aging was recently published in BMC Biology, in which the authors used a multi-dimensional modeling technique...

Whether you’re a would-be parent or your newborn is already safely in your arms, the joy and wonder of having a new member in your family can be truly...

Results of one of the few existing long-term randomized trials evaluating the use of multivitamins on cognitive function in older adults were recently...

As we sit down with family and friends to celebrate Thanksgiving today, it is important to reflect on how central these relationships are to our well-...

A compelling article in The Journal of the American Osteopathic Association highlighted the important role of magnesium in vitamin D activation and fu... 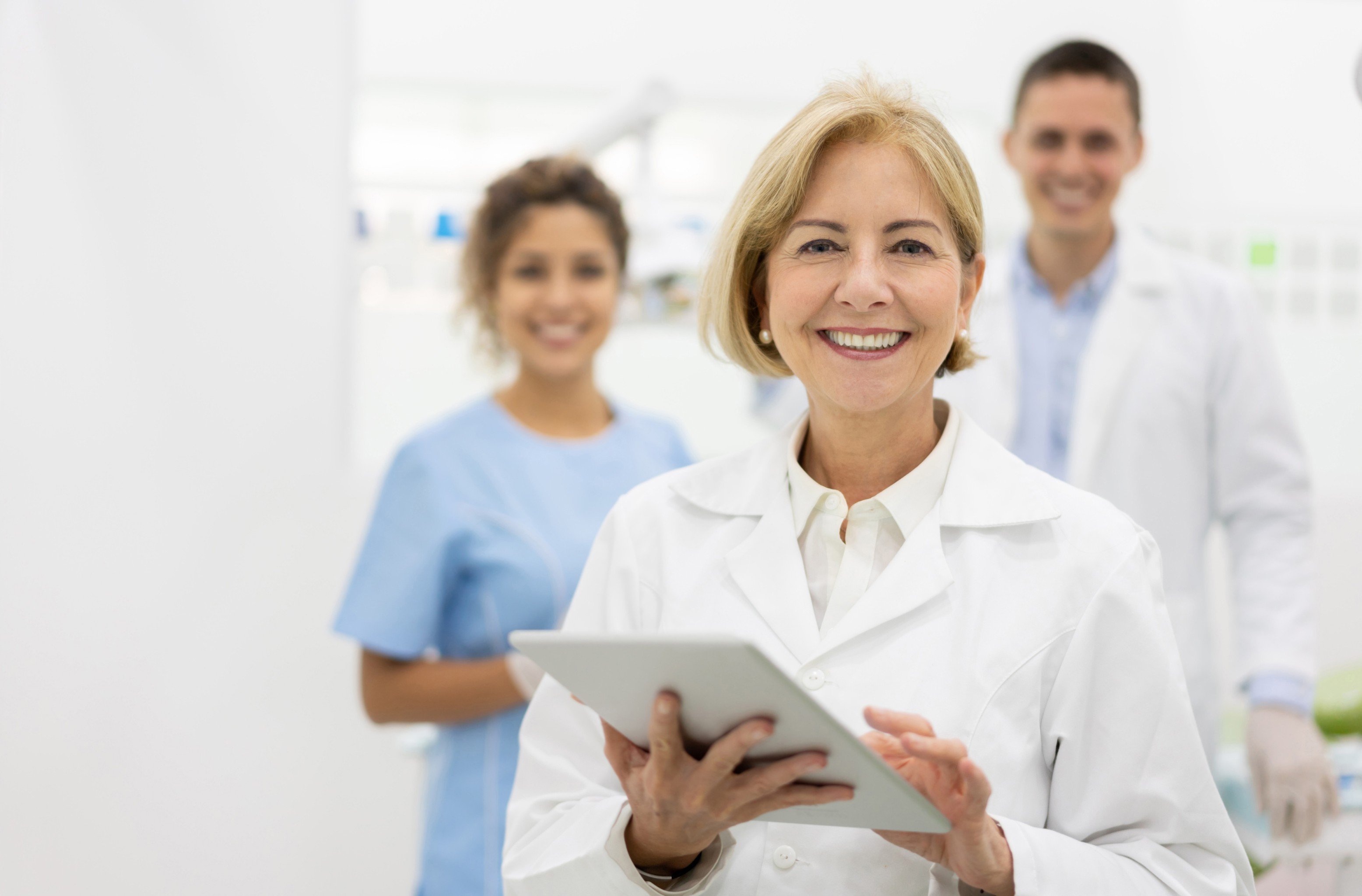